Jude was seven when her parents were murdered and she and her two sisters were stolen away to live in the treacherous High Court of Faerie. Ten years later, Jude wants nothing more than to belong there, despite her mortality. But many of the fey despise humans. Especially Prince Cardan, the youngest and wickedest son of the High King.

To win a place at the Court, she must defy him–and face the consequences.

As Jude becomes more deeply embroiled in palace intrigues and deceptions, she discovers her own capacity for trickery and bloodshed. But as betrayal threatens to drown the Courts of Faerie in violence, Jude will need to risk her life in a dangerous alliance to save her sisters, and Faerie itself.

Ah, The Cruel Prince. I can’t believe I’ve actually read this book. I’ve owned a copy of it literally since it came out, and in retrospect that’s only 3 years, which is not the longest I’ve owned a book without reading it, but it feels like forever. Anyway, I read it and I am very proud.

With this being such a popular book, I thought I had a general idea on how it was going to turn out, and while I wasn’t completely wrong, I wasn’t completely right, either. For starters, it’s way less fantasy than I expected it to be. There are literal malls in this book, and Target mentions, and the line between real and faerie worlds is so much thinner than I anticipated. It’s absolutely hilarious to me that Jude and her sisters can just nip over to the human world to go shopping. At first I wasn’t really into it, but now I think it’s just kind of quirky and fun. It also feels a lot more contemporary than I expect fantasies to be. The characters go to classes and school, and it often felt like they were just normal teenagers going to high school who sometimes hate each other. But you know, some of them also have tails. In a strange way, it reminded me of Ella Enchanted? Just a normal world, but where magic is also normal. It took me by surprise, but I also was kind of into it.

That being said though, I’m still a bit confused because of the blurred lines between human and faerie. I haven’t been able to figure out if Jude, our main character, wants to be back where she came from, or if she wants to be in the Court of Faerie. Obviously she’s allowed to not know what she wants, and also she probably feels like she doesn’t fit in either place, but instead of it feeling like she just couldn’t make a decision, it was more like she flipped from one side to the other constantly. One moment she’s telling everyone she doesn’t belong in Faerie (fair), and the next she’s defending it as her home. Is Madoc her father, or not? Does she love him, or not? It can get very tiring. I often forget what her motives even were throughout the book because of this. I suspect, however, that that line will be blurred even further in the next or even the last book in this trilogy. Jude often makes comments to herself about how she “will never be one of them”, and it seems to me like that is cleverly disguised foreshadowing. I’m really interested if this somehow becomes true in later books.

“Desire is an odd thing. As soon as it’s sated, it transmutes. If we receive golden thread, we desire the golden needle.“

Obviously, Cardan was the character I was most anticipating in this series. You know I love a fantasy enemies-to-lovers, and MAN OH MAN are they enemies. I was actually very surprised at how hostile the relationship between Jude and Cardan was. They hATE EACH OTHER. Cardan is a literal bully, who will threaten to kill those he doesn’t like, just for the entertainment. He really lives up to the title of the book, you know? Holly Black is going to have to work extremely hard to develop that relationship, and I’m very intrigued to see how she does it, because right now, it seems as likely as mixing oil and water. It just doesn’t go. There are little hints early on in the book so it won’t take you completely by surprise, but it will certainly take some clever crafting. It starts with the obsession Cardan seems to have with Jude, as if she’s his little plaything to torture, while he’s also trying to figure out why he’s attracted to her. It’s very teenagery, but in a scary kind of way (that note he wrote about her? Girl, run). I’m interested to see in where his character goes, but I’m also not that hopeful. Cardan, while he pretends to be cruel and punishing and threatening, also seems very, very stupid. So we shall see.

I think of the future I thought I was going to have and the one yawning in front of me like a chasm.

Jude seems like a pretty decent character overall, actually. Now that I’m past the expectations that I had about her and her character, I’m super interested to see where she goes and the clever decisions she makes. I’m thrilled that she wants to be a knight, or even that girls can become knights in this world in general. Give me all the women with swords, please. She gets denied the opportunity, so she finds another way, and while that certainly doesn’t work out, it doesn’t really inhibit her determination. She’s clever and crafty and I certainly wouldn’t want to cross her. I have to admit that at first, she seemed a bit unworthy of what she was trying to achieve. It wasn’t until her final plan was revealed right at the second climax that I truly realised how capable she was. Maybe that just goes to show that I’m a gullible reader, but it certainly took me by surprise. As readers we always assume that we know everything the main character knows and plans, so it’s always incredibly interesting when they do something or have planned something we don’t expect or weren’t aware of.

I don’t really know how I feel about Jude’s sisters. I found the dynamics between them really interesting. Vivienne, the only one of the three who actually belongs in Faerie, is the only one who actively pursues the idea of leaving it and settling in the human world. Taryn the human vehemently wants to live in Faerie, happily masquerading as if she belongs. Jude is somewhere between the two. I haven’t been able to sympathize with any of them, because they do all seem a bit confused. I figured out pretty early on that Taryn’s lover was Locke, and partially it’s because Jude’s relationship with him made no sense to me. Holly Black also laid some pretty strong clues, so that helped. I just couldn’t understand the benefit of Locke being interested in Jude, or even believed that their relationship felt genuine. I also struggle to believe, however, that Taryn would betray Jude like that. I mean, they’re twins. She was in on it all along. I wondered for a while if she was just a silly young girl who believed she was in love, but now I’m not sure. It’s weird. I was into Locke at the beginning, but I certainly am not now.

“Because you’re like a story that hasn’t happened yet. Because I want to see what you will do. I want to be part of the unfolding of the tale.“

The pacing of this is quite off, and now I understand why I put this down the first time I tried to read it. I found myself over halfway through the book, and it felt like nothing of significance had even happened. There’s also the two different climaxes that happen at weird times. By the time the coronation actually happens, it feels like the book should be over, but there’s still a third of it left. I can’t decide how this could have been fixed – should the book be longer? Should there be less exposition in the beginning? I’m not familiar with Holly Black’s books at all, so maybe this is typical for her, which is fine, it’s just not really my jam. Maybe I just need to stop assuming I know what a book is going to be about. As for the writing style, I wasn’t really into it at first, but I accept it. It fits in with the vibe I think the book is going for, which is fair. As for plot points, you could say that I certainly didn’t see That Scene coming. Who would have thought that the entire royal family would be wiped out in one go? I mean, it seemed very obvious to me that Dain was never going to be king, that much was clear. I literally had to make a list of all the people who died and who killed them to just keep track. I read chapter 20 twice. Twice! And just when you think that climax was almost too much, Jude turns around and says she’s going to do one thing and instead does a COMPLETELY DIFFERENT THING. I’m kind of not surprised, but also, I very very am. Holly Black seems to have a way of making you think one thing, making you confident in knowing that thing, and then completely spins the other direction. And you know what would be most helpful in this? A family tree. A helpful little guide, showing who is who and who is related to who and where the line of the Greenbriar family goes. There are so many characters, and they all have names that are slightly familiar, but also hard to keep track of. I think I’ve gotten it straightened out now, but we’ll find out when I read The Wicked King.

Am I going to read the rest of this series? Absolutely. However, at this moment, I’m feeling a bit of whiplash, I don’t really like any of the characters an exceptional amount, I’m confused about the plot in general, and Jude doesn’t really seem like she can be trusted. And yet, I’m also intrigued by this. I know how much this series is loved, and I want to be a part of that – or at least, know what others are talking about. I doubt it will become a favourite, but you never know. I’ve been surprised before. And the covers are absolutely gorgeous, so at least there’s that.

“This is what you wanted, isn’t it?” he asks. “What you sacrificed everything for. Go on. It’s all yours.”

2 thoughts on “The Cruel Prince by Holly Black | Book Review” 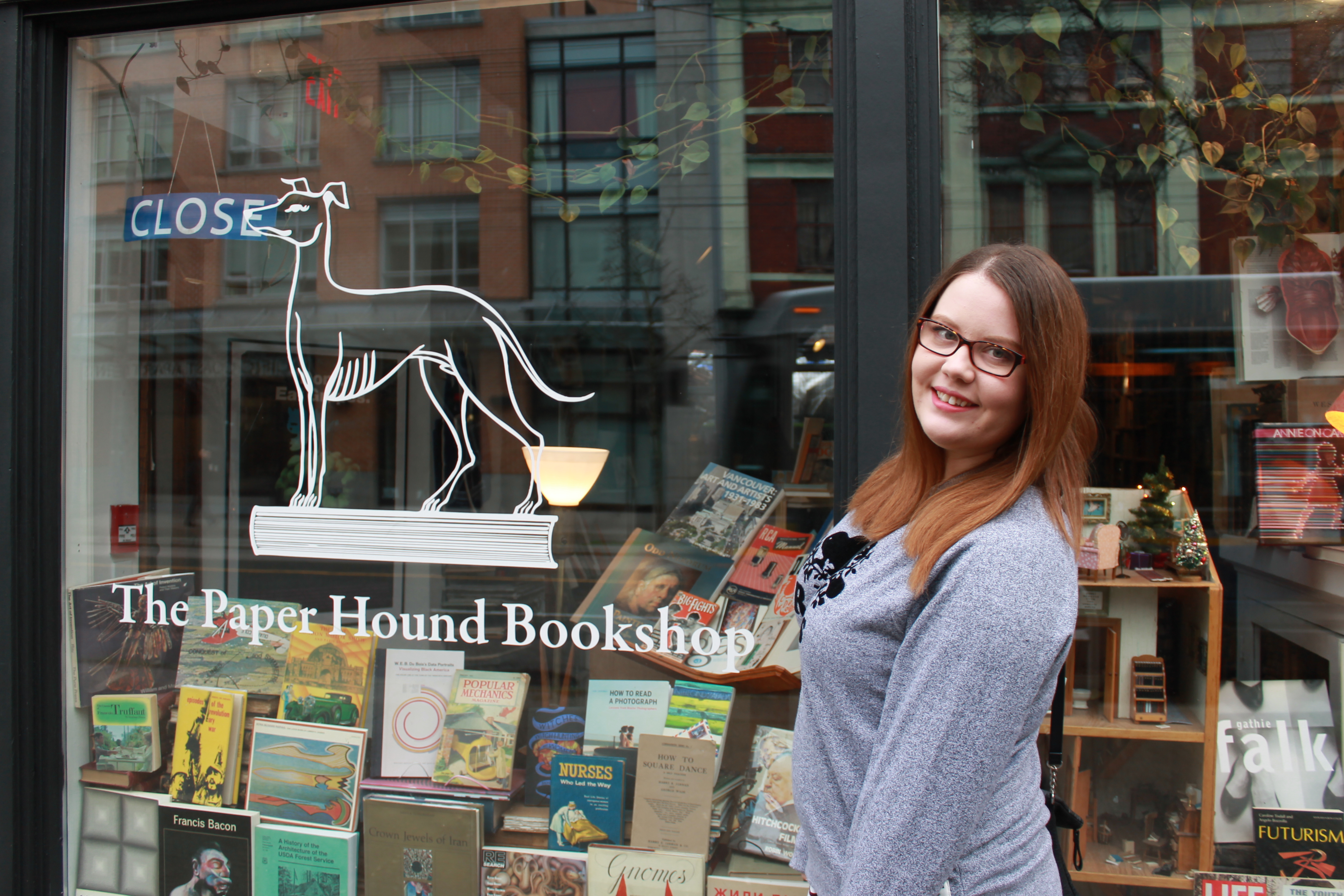